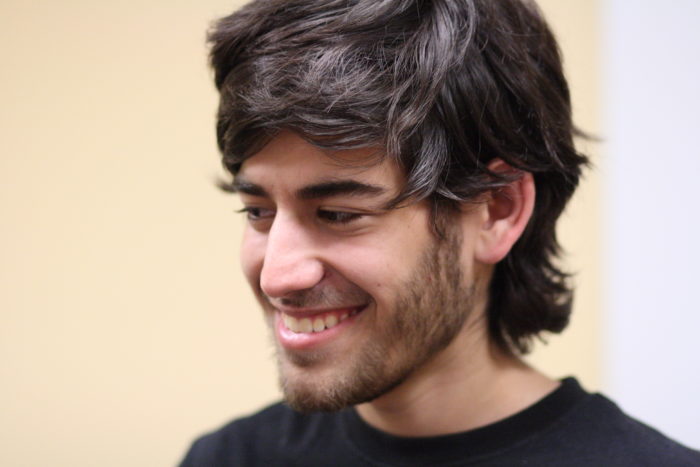 I have always been interested by the free and open culture that internet has provided to everyone. As a technophile and a curious reader, I always try to find the underlying mechanism in place in the community.

We take for granted the information being accessible but the possibility to learn any new technology or actually anything on any topics has been quite recent in human history. For a very long time, only selected few were able to access that knowledge. 15 to 10 years ago, only (ex) computer science students were able to decipher what a computer was doing, or only historian or philosophers were able to explain the ideas behind specific texts or philosophical trends.

It didn’t devalue the knowledge of the few students to these courses. There is still interest to specialize into such themes, however it removed the monopoly they had about this subject.
Contrary to an easy thinking, free culture doesn’t come for free. It comes from hard work and diligent people that share what they own as knowledge to other people.
The process is kind of remarkable on itself: you possess knowledge that gives you an advantage against other people and instead of capitalizing on it, you decide to share it.

In a capitalism society it is quite remarkable and one of the most remarkable people to preach that approach was Aaron Swartz.
Through this article, I want to try to share some of Aaron Swartz ideas, exposing what kind of world he would have hoped for and how this world could have been a better place for everyone. I will try to connect Aaron Swartz with philosophical concept I know and that would explain my admiration for someone that could have changed the world.

Who is Aaron Swartz ?

For a full introduction, you can always read the wiki page, but I’ll do a quick summary of his work.
First of all, Aaron was a genius, he probably wouldn’t consider that himself but at the age when you were discovering internet existed (15), he was helping realizing the RSS format specification. Later he joined the MIT and cofound Reddit. He was also one of the pioneer of database driven websites and creator of the Markdown format.

Most of his work revolved around knowledge sharing, he founded different websites to encourage that, helped with the specification of the markdown schema and even ran for Wikimedia foundation (the foundation that manages Wikipedia).
He often described himself as an optimistic and believed that internet was a net advantage in order to empower people with knowledge.
However just keeping Aaron Swartz because of his opinion on knowledge sharing and property rights (copyrights) is diminishing his work.

His controversial view on knowledge sharing

Aaron believed that the Internet can really help anyone to be empowered by new knowledge. However, gaining access to that knowledge can be quite difficult. As with everything in a capitalist society, there is a need / lust to accumulate.
Even corporation were built on knowledge power. If you take a look at famous publishers for science reviews, you can see that the amount you need to pay in order to get news from the latest discovery can be quite enormous.

Aaron felt that this will create disparity on the knowledge access for the bigger number of people. Because most of the discovery are done or research by public founding, it also felt like we pay twice for the discovery. To discover them and to read them…

Aaron opinions’ was a bit extreme on that case as sharing can be done through illegal ways as well. He didn’t deny that the share of knowledge (such as cultural things (movies, music, etc..) and scientific papers) can be illegal if you are doing it on illegal platform (uTorrent, Napters at that time) but his view was that it was not stealing.
Stealing is taking something away from someone, this is sharing and no one is loosing anything in the process, except for the artist and its industry.

Per example, Aaron shared some ideas on how to solve the problem :

Overall, he didn’t believe in the copyright system because it mostly benefits big corporations and not really the artists that created the piece.

The truth before the goal

One thing that strikes me when I read the different posts from Aaron, especially when he was running for the Wikimedia foundation, was that he was often telling the truth and the honest agenda that he had in mind. From my point of view, the arguments resonated even more as he was bringing data to back his words. He was already data-driven in 2006 when I see most people just grasping the concept in 2020. As described before, he was an optimistic and believed that most people will listen to sounded arguments.

During his Wikimedia campaign, you could see that the different messages he was sharing were not very good in term of politics. You can find more details on his blog or on the biography about him but the simple message was the following :
Wikipedia is a fantastic website that holds due to the benefit of inter-communication and singular paradigm that it encompasses. It had little to due with the dedicated community that maintains it constantly.

He didn’t say it has nothing to do with the community itself. The community developing and maintaining is very important and crucial to its l-working state. However, Aaron was trying to say that Wikipedia had become what Michel Serres would have called a “world-object“. It transcended the founders purpose and became something own by everyone and no one at the same time.

When running to Wikimedia presidency, it would have been advisable to say that the wikimedia / wikipedia members (the persons that hold the votes for presidency) are the very essence of Wikipedia, to please them would have been a more cunning move.
Aaron believed that the truth was worth loosing popularity on his campaign. Backed with numbers and his own-researched, he proved what everyone didn’t want to know. He believed that it was better to center the debate and the discussion around fact that around opinions.

Activism in & out the internet

Aaron Swartz was an activist, but not only about knowledge sharing, he was deeply involved in provided his view on how society malfunctions and what could be a way to solve it.
Aaron opinion was very harsh on the current state society. Most of his writings are prior 2012, however they are still very correct on their senses a decade after.

Aaron had money and connections, and a very robust thinking on how to use them and what kind of influence these attributes had on him. He explained how easy it was in the society for a person born in a rich family and how hard it would be for the opposite. How the rich were always trying to get richer, as everyone is afraid to lose his place in society.

The same principle still applied on activism and Aaron was focus on truth, absolute truth, backed with facts. He understood, years before the post-truth era we are living on, that reality wasn’t about truth or lies but about audiences, reach and being heard. This has definitely some origins from Chomsky work but Aaron, backed with technology knowledge tried to push that into practice, through his website “Watchdog.net”, but also by helping spreading words on important petitions. Saying that Aaron Swartz was a Democrat is true but I believe that it was mostly out of reaction from extreme Republicans that tried to spread wrong ideas through media consents than for total approval of Democrat ideology.

in 2006 (14 years from now !), he was already explaining how global warming discussions switch from “how to fight about it?” to “should we fight about it?”, backed by lobbies. For someone believing in facts and data, it was a pure public delusional discussion and Aaron was already seeing that without accessing some kind of fact-checkers, this kind of lies could spread and poison the public debates. We are now living in that era.

Some of his ideas are opposites to each others, and this is well explained at the beginning of “his” book by his old friends. But in a sense, it still make sense overall as the main and driven idea remains constant. The truth before the goal.

He was a strong critic of Media, without avoiding them neither, he believed on social platforms to be the future of information sharing. Without filters and with objective views. We all know now how it turned out to be and it would have been interesting to have his view on our current problems for these platforms (filled with bots, false information and lies).
Overall Aaron wasn’t again journalism but against how journals were own by corporation that, obviously, don’t take kindly news against their own interests. (Chomsky here?)
Also journalists, especially political journalists were (are?) less and less questioning but more and more copying administration speeches.

Aaron was a strong believer of social platform and blog were, for him, a good way to have a counterpower of the counterpower.

Who is Aaron Swartz ? (again)

At the end, Aaron Swartz believed that Internet should be a source of power, not to the governments but to the people. Empowering people with knowledge and / or access to knowledge would improve the discussions. Debates should revolve around facts, not opinions. In a world where information would be accessible, everyone could make the best decision.

As I said, Aaron Swartz was a genius but most and foremost he was a curious person, passionate about leading technology in a path where it would improve lives. He was reading a lot, to keep his mind open and his knowledge fresh. Multifaceted, he was on his way to be someone that try to influence and maybe change the world.
He understood his role and importance and took upon himself to open the path he felt right, not cutting corners, not doing compromises, and staying true to his beliefs.

He was described as arrogant but mostly because he had high expectation on other people he interacted with, not because he felt superior. He was expecting the best of everyone, especially the best from himself.

That costed him his life and without going that extreme, it makes us think, how far we are willing to go to defend and to act upon what we believe in.

“Aaron had an unbeatable combination of political insight, technical skill, and intelligence about people and issues. I think he could have revolutionized American (and worldwide) politics. His legacy may still yet do so.”